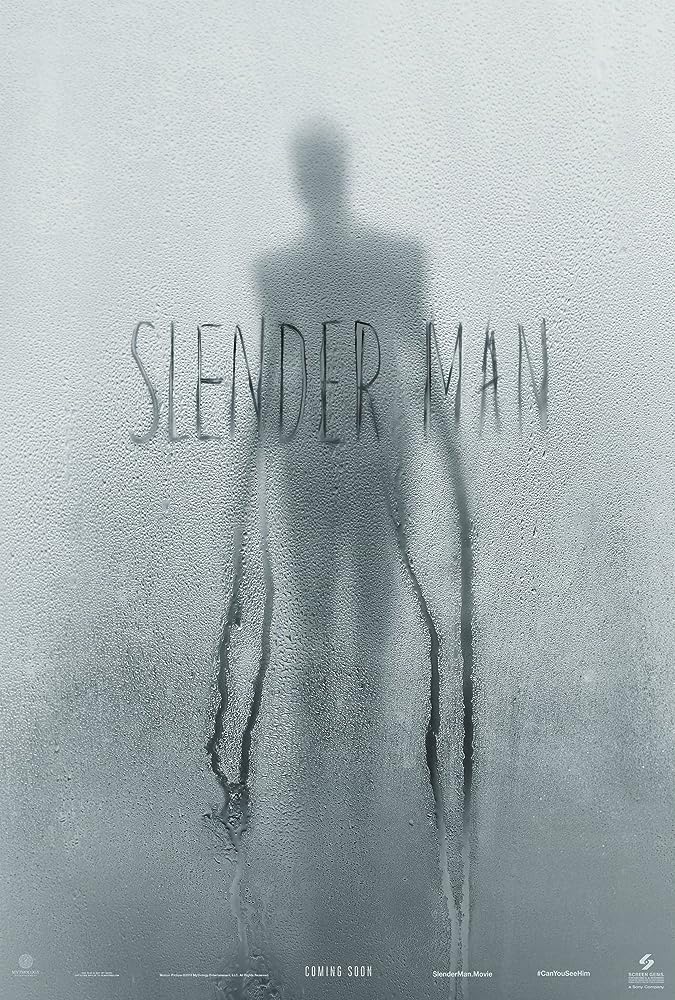 Shocker: Medium
Tension: Low
Grose: Low
You can watch it on:

Slender Man is a good movie but it's not very scary. It isn't a typical horror movie it's more a mystery thriller with a good urban legend story. If we take everything into consideration the scenes, sound effects, dark environment and a creepy story with real-life roots which always add more creepiness, it's a good horror movie. We recommend this movie, for a horror movie night in the dark, with a group of friends.

In a small town in Massachusetts, Wren (Joey King), Hallie (Julia Goldani Telles), Chloe (Jaz Sinclair), and Katie (Annalise Basso) decide to summon the internet urban legend: the Slender Man (Javier Botet). One week after the ritual, Katie disappears and strange paranormal things start to happen. The other three girls start to look for Katie and investigate her house. They find out that Katie has been involved in the occult and that she asks the Slender Man to possess her. Therefore, the three girls decide to contact the Slender Man to get Katie back. Wren took a closer look at the legend of the Slender Man and there is one thing they need to be aware of and that is to keep their eyes closed while speaking to the Slender Man. As they contacted him, Chloe could not let her eyes closed and looked the Slender man directly in the face. From now on, she is being chased by the Slender Man while the others try to contact him again to undo everything.

The director of Slender Man (2018) is Sylvain White, who worked on a few episodes in TV Series like The Mentalist, CSI: Miami, Hawaii Five-O and many more. The writers of this movie are David Birke and the creator of the Slender Man Victor Surge. What do you think of the fact that this movie was nominated for the Worst Film of the Year by the Hawaii Film Critics Society in 2019? Moreover, it was nominated for the Worst Supporting Actress by the Razzie Awards in 2019.

• Did you notice that the actor Javier Botet, who played the Slender Man, was also the tall doctor at the hospital?
• Did you know that the Slender Man was created in 2009 during a photoshop contest on the website "Something Awful" by Victor Surge. The user created a blurred image of a tall, slim man in the background of an image and connected some small background stories like child abduction with this mysterious being.
• The budget for the movie was around $10-28 million and it grossed more than $51 million worldwide.
• You can see the actor Joey King, who played Wren, also in popular movies like The Conjuring, White House Down, The Dark Knight Rises, and so on.