Insidious is the first out of four chapters in the Insidious movie series. It is a very good paranormal horror movie made by James Wan the same director that brought us The Conjuring. It has a lot of great jump scares and a really tough tension that just keeps pressuring you for the entire movie. The scenes are very well shot with a good attention to detail. The actors also performed very well and conveyed a feeling of authenticity. Definitely a must watch!

Josh Lambert (Patrick Wilson) and his wife Renai (Rose Byrne) moved with their three little children into a one-family house. Soon after they moved in, the family heard footsteps on the attic and weird things started to happen. Suddenly their son Dalton (Ty Simpkins) falls from a ladder in the attic and inexplicably falls into a deep coma and can not wake up. After bloody handprints appeared on Dalton's bed and other mysterious things happened, the family decided to move into another house. However, the terrible incidents did not stop, so they decided to contact Elise Rainier (Lin Shaye) a medium, who helped Josh to get rid of his fears after he was chased by an evil shape and started to disappear into a parallel world by undertaking an astral journey. It seems like Dalton has inherited this ability from his dad and is now doing the same journey as Josh did when he was young. To save Dalton's life, Elise decided to enter the parallel world and to fight the demon that terrorizes the family.

• Did you know that it took only three weeks to shot the whole Insidious movie?
• The film was supposed to be named "The Further".
• The role of Josh Lambert should have been played by Ethan Hawk but he declined.
• The mother of Josh is named Lorraine and the dog of Elise is called Warren, is this a connection to The Conjuring? Furthermore both movies were directed by James Wan!
• The film had a budget of $ 1.5 million, but grossed $ 97 million worldwide. 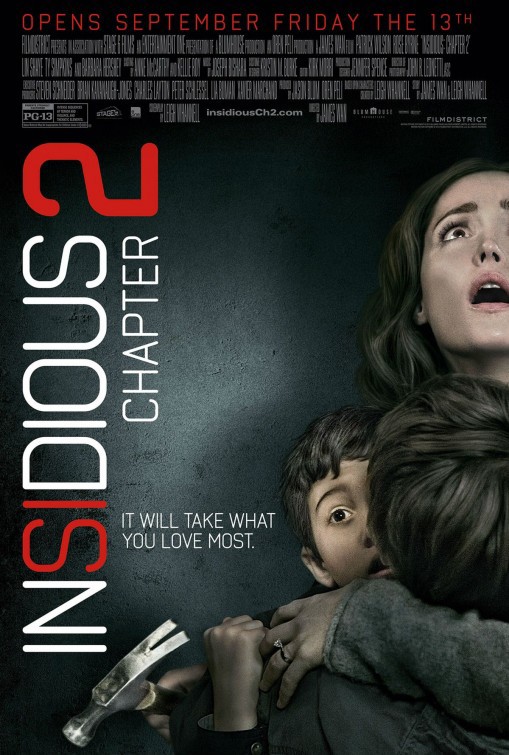